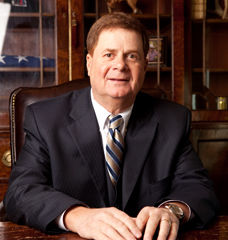 Anthony Stancato, is a life-long resident of West Chester and has been involved in real estate sales since 1976. At 21, Tony became a licensed real estate broker and began work on his first housing development. In 1982, he opened a Prudential Real Estate brokerage in Marshalton, and formed First Mortgage Brokers, Certified Appraisers and Hunt Country Abstract. Partnering with Art Marcellus, Tony began to develop infill lots throughout the area, building small single family homes and twins to provide more affordable housing.

Tony also started a T.V. marketing show on cable access channel 7, with a program that ran each evening titled “The Prudential Stancato Gallery of Homes.” In the early 1990s, Tony added an additional Prudential office in West Chester and shortly thereafter, he formed a new partnership with Victor Abdala. Together, they focused on larger projects, developing over 500 home sites in the West Chester area as well as starting Total site development company. In 1998, when all four corners of West Chester’s main intersection of Gay and High Street were vacant, Tony and Victor took a chance and bought the former Woolworth building. They brought in anchor tenant Iron Hill Brewery, and soon added Brew Ha Ha! and several other commercial tenants which many site as the beginning of the restoration of downtown West Chester. In an effort to keep the momentum going on the downtown revitalization, Tony and his partner next acquired the Green Tree Building across the street in 2001. Over the next two years, they spent over one million dollars on the property, creating an upscale residential 64 unit apartment community from the former run-down tenement house. Tony continues to search for new opportunities, in addition to his partnership with Victor in StanAb & Market St. Ventures they are also partners in Stancato & Swayne Realtors & minority partners in IT21 solutions, an international Information Technology consulting company.