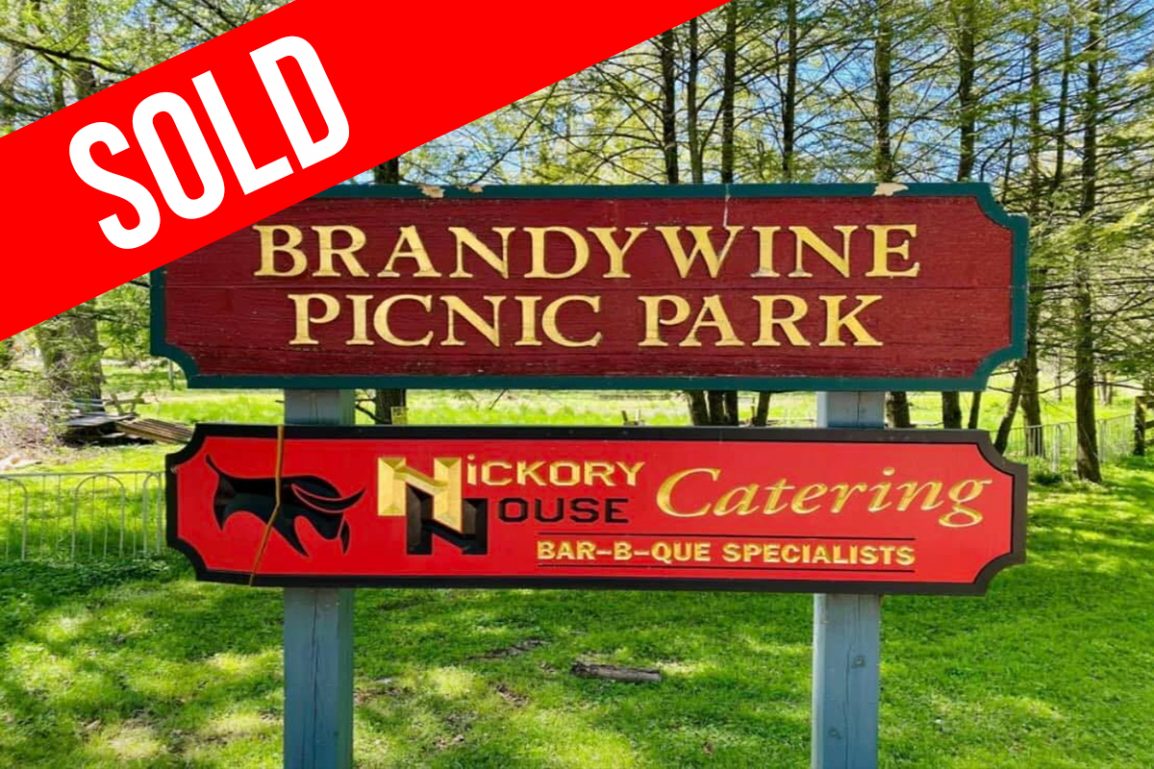 The History of Selling the Brandywine Picnic Park

The history of the Brandywine Picnic Park has many…. many stages. The most recent being the last few years, when it has been available for purchase. While this most recent chapter of the iconic property provided a much smaller audience, it was certainly not uneventful. Pillar Real Estate Advisors, a locally based commercial real estate brokerage firm, was charged with the duty of selling the property. Pillar Real Estate agent, Eric Kuhn, came to know the property, almost as well as the owners over the time he toured prospective “buyers” through the then closed, 22 acre site. Along with its picnic pavilions, giant slide, animal petting zoo, miniature golf course, two story 4 bedroom home (long since converted to use as office space), paddle boat lake area, tubing launch beach, game room, ice cream parlor, rock climbing wall, the “CYCLONE” ride, and the dunk tank area. “The Barn” building, the parks central nervous system, was, in addition to being the most highly elevated building on the property, was home to all things storage, kitchen prep, walk-in coolers / freezers, the dish room and the main power grid for the park. 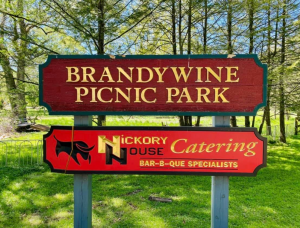 According to Kuhn, the prospective “buyer” pool was as varied as any he’d seen while representing properties for sale. It took about 1 hour each to tour the long list of;

While the above “buyers’ likely ignored the pre-tour information provided in brochures, phone conversations, and the time allocation to tour, there were some very viable concepts presented by prospective buyers that ran aground in the culture of not wanting to be the one that said yes.

The Film Production Company working on a TV show that wanted to build a set replicating 2 city blocks of Rittenhouse Square to shoot the next 3 seasons of their show. They were quick to point out that this would be dramatically cheaper than shooting in the city, the set would be nothing but a façade of buildings with no real structure, they would bring a multitude of jobs and consumers to the area, and they would likely have donated the property to the conservancy after the 3 years. This “win-win” quickly became a lose-lose when the production company was handed the “phone book” that is regulations for construction in a flood zone. They walked away.

The conglomerate of local and region conservancies had a sincere interest and well develop plan. They expended time and resources to be able to present to their respective boards of trustees the nuts and bolts of how they could fund the purchase of the property, and all seemed well received. One tour of the property even included “Linda”, heiress to THE premier outdoor clothing and supply company, lobster farming magnate and one time candidate for the US House of Representatives. This desirable scenario died when none were willing to take on the duty of ongoing maintenance at the property, once the conservancy had facilitated the purchase.

The recreational uses such as a Driving Range, Paint Ball Fields, Zip Line Park, Beer Garden, Motocross Track, Tennis Camp, and Summer Concert Venue ideas, all had merit and potential, but none had the horsepower to make the leap to owning the property.

Soooooooo after three and a half years, two hurricanes, a 200 year flood event, a 1 year bridge closer, a heard of feral cats, multiple surprise face to face encounters with a llama, one quasi violent encounter with a +/- 25 lb.( very territorial) Tom Turkey, a couple of buildings being washed down stream, a parade of insurance inspectors, and no less than 400 unrelated conversations starting with “What’s going on with the Picnic Park” …. The property was purchased on May 12, 2022.

The new owners have not divulged any immediate plans for the property.

Below are sections from the “The Locust Grove School House” web page showcasing the properties much more distinguished history as THE family and corporate entertainment site for the region. 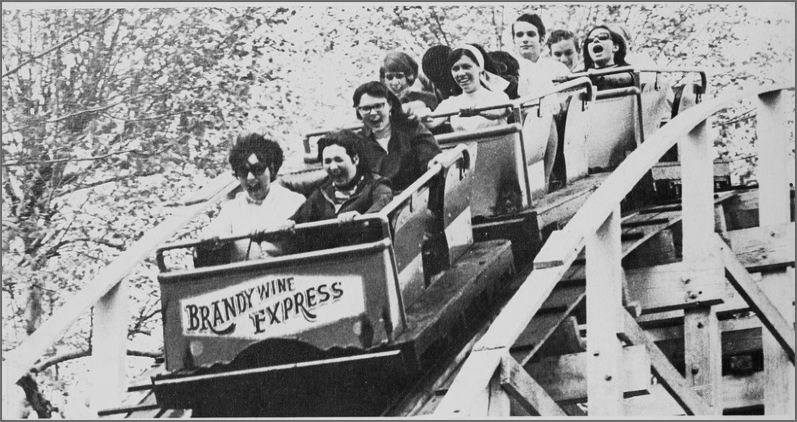 "Even as early as 1892, there were raves about the park. As one newspaper cheered, “Who would have thought that tame, ugly and uninviting Lenape (as it was) would bloom so as to become a rival to Atlantic City, Coney Island and other similar resorts?” In that year, the park attracted as many as 900 people in one day. By 1906, the record had grown to four to five thousand in one day, and by the middle of the 20th Century, more than 200,000 people attended in one season."

"Lenape Park continued to add features to attract the public. The first merry-go-round at Lenape Park was initially powered by farm boys (replaced in turn by horses, then a gasoline engine, and then electricity). The last merry-go-round was hand-carved by Philadelphia cabinetmaker Gustav Dentzel. It contained 52 carved animals, including prancing horses, a ferocious tiger, a lion and a strutting giraffe. Music was supplied by the Wurlitzer Band organs, crashing cymbals and thumping drums."